Spooky new trick-or-treat items will be arriving in Cavite Town on Monday! Go to https://brick-hill.com/events to learn more!
Summer Splashdown 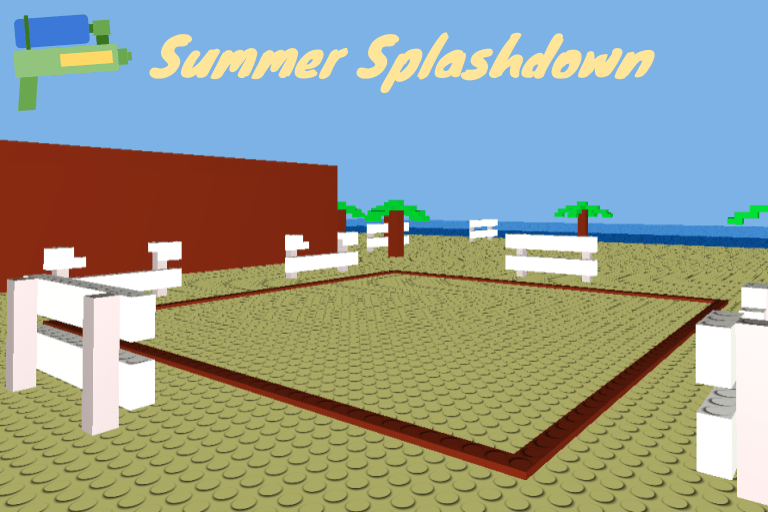 It's the water gun PvP summer beach war game! Use water guns to soak opponents! Grab the balloon for the longest to WIN!

Hold one of the provided tools and click to utilize it. Using a tool requires water, which is shown at the bottom of your screen. Water will refill slowly over time, but you can head to the shore and restore water at a faster rate. To score points, follow the objective that is announced at the start of every round. The winner of a round is whoever scores the most points. KILLING DOES NOT SCORE POINTS!

There are three types of weapons: Primary, Secondary, and Super. To switch weapons, use the /list and /equip commands. Switching weapons can only be done during the 60 second intermission.